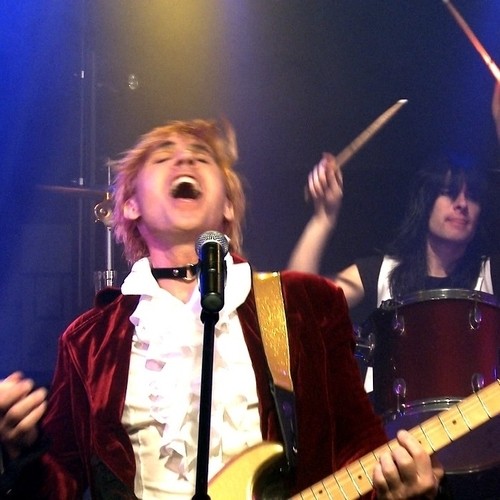 Jupiter in Velvet, since first emerging in 2012, has never lain fallow for long. He has produced over a half-dozen releases in that period and the same kaleidoscopic passion distinguishing his prior collections spearheads his latest, an EP entitled Anthems 2 Love. Though briefer than his recent outings, Anthems 2 Love soars and sings with the same full-throated commitment marking his earlier releases and packs as much artistic wallop into a few songs as the finest full-length releases. The American ex-pat now residing in England has an amazing personal story, an one time budding entrant into the world of finance ditches his academic goals after a South African sojourn convinces him music is the way, but the bigger story are his songs. Anthems2Love is another peak in an impassioned musical discography.

The opener “A Cooler Shade of Mad” exemplifies his electro dance rock style for first time listeners and reaffirms his abiding talents for longtime fans. It opens with some clean guitar strumming setting the scene before the full band arrangement kicks in. The typical lightly phased and distorted electric guitar work has a streamlined escalating quality in this song, never getting carried away with itself, but nonetheless crackling with energy. Velvet has an unusual voice, certainly not classically beautiful, but it is nevertheless a remarkably flexible and emotive instrument capable of conveying much.

There are some keyboard additions in the second half of “If Not Peace… (Then It’s War)” imbuing it with a carnival-esque flavor, but much of the track plays like a mid-tempo ballad with generalized socially conscious lyrics. It emphasizes Velvet’s guitar work more than the opener – crisp production values capture the nuances and affectations of his six string artistry in a way that will impress all but the most cynical listeners. He, once again, provides an attentive and unusually emotive vocal heavy on dramatics, yet never overwrought.

“Stand Up” certainly has an anthemic design, but it isn’t cut in the predictable boisterous style common for such songs. The arrangement and instrumentation possess too much of a dream-like quality to qualify as a “call to arms” type of number. It’s interesting how all the ingredients for a stadium sized stomper are here however, especially the chorus, and yet Jupiter in Velvet takes things in a different direction. The penultimate tune on Anthems 2 Love, “Forever & A Day”, has an aggressive thrashing edge not shared by the other tracks and lyrics reflect that same mood. Velvet isn’t the sort of composer, however, who follows a straight A-Z line and the track benefits dynamically from a shifting of gears during its near-midway point before embracing its assertive guitar again for the final half of the track.

His retro influences come across more clearly than anywhere else on the release with its final track “We Are All ONE”. It’s a message straight out of Velvet’s wheelhouse, no great departure for him in that regard, but it’s one of his finest invocations yet of just such a message. The psychedelic strands of the track are never overcooked but definitely reminiscent of The Beatles ala Sgt. Peppers and thereafter without ever sounding too imitative. It ends Anthems 2 Love gracefully. Some might have preferred a more emphatic closer for the release, but even those listeners must concede it is well in keeping with everything that came before. This is one of Jupiter in Velvet’s best releases yet.