You may have seen Eric Schenkman on stages before thousands of fans worldwide with the Spin Doctors. He is one of the band’s not-so-secret weapons — a vital songwriter and a virtuoso guitarist who crafted the ’90s band and co-wrote all five of their Top 100 hits. He also worked with Chico Hamilton, Carly Simon, Natalie Merchant, Noel Redding, Phoebe Snow, and Corky Laing, among many other notable musicians. 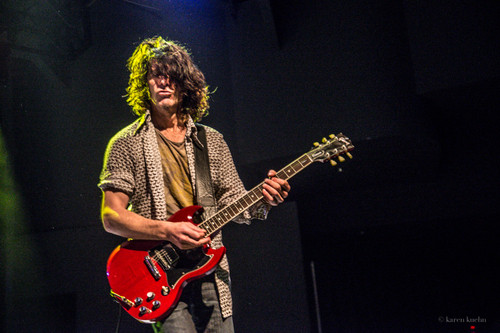 His self-produced third solo album, WHO SHOT JOHN? showcases the many sides of Schenkman, from raw, rockin’ blues to funk/soul/pop. With its elemental lineup of guitar, bass and drums, and songs that seldom stray beyond three chords, it’s radio-friendly and familiar enough to draw listeners in. After that, the complexities reveal themselves. The proof is in the beats, in the intimacy of those late nights onstage and through every moment of WHO SHOT JOHN? Every track digs in deep and doesn’t let go, thanks to Schenkman’s voice, commanding guitar and powerfully emotional lyrics.