Nashville based soul rock band KB & THE IDYLLWILDE has released the official music video for their new single, “Madman.” Directed by front-woman Katie Burke, “Madman” is off of band’s upcoming album, I Just Wanna Love You, I Just Wanna Let You, due to release February 14, 2020. 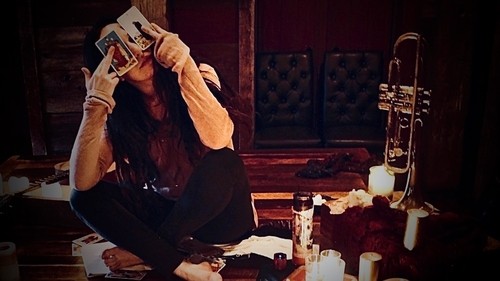 “That pervasive waiting for the other shoe to drop feel was real strong in me at the time. The character in this song can’t accept love, they can’t see why anyone would stick around. They’re covered in their perception that people must be crazy to stand being around them. So in the end, the character accepts that both she and this person must both be nuts for it all to work. Good news, it works! Bad news… is there bad news? They’re nuts? Yes, nuts & happy—Fun fact, I wasn’t satisfied with my vocal performance in the studio so my producer Evan let me borrow a mic, and I tracked this in one take at home in my closet.” – Katie Burke