In a recent interview with industry bible Music Week, The Who’s Pete Townshend talked about new talents – and mentioned Saults: “They’re in league with The 1975; authentic and strong.” 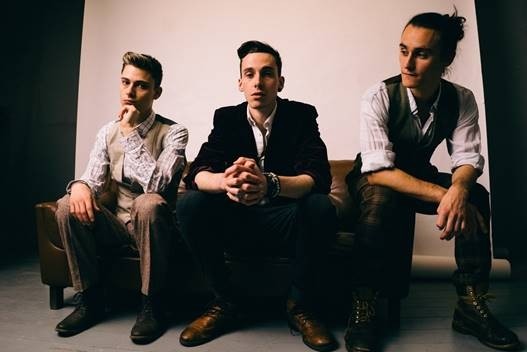 Quite the introduction for the French-born group made up of brothers Antoine (vocals) and Greg Saults (drums) with Axel Castets on bass, which saw them locate to London in 2017 on the strength of their debut EP which sold thousands of units and resulted in a debut show in Paris to a crowd of tens of thousands. Moving to London they were quick to make their mark, recording at Abbey Road Studios and picking up immediate support from BBC and earning them a slot at the legendary Love Supreme Festival.

Fast forward to 2019 and Saults flurry of recent singles ‘On Our Way’ and ‘Getting Over’. After spending the summer recording their upcoming EP and touring in September across London and France, the three-piece now drop their newest offering ‘Leave Me Then’ – the latest teaser from their upcoming EP. Speaking on the track, Antoine states: “It’s about the end of a relationship… When the love is gone but you still want to know if there’s any possible second way before you leave for good. These moments that we go through and how we deal with them.”