Led Zeppelin, during one of its more acoustic moments, comes immediately to mind once West of Corey’s “Course of Things to Come” begins. It starts, ever so mystically, with what sounds like wind-chimes. Next comes a finger-picked guitar part, which then leads into a riffing guitar. The song is, with its moodiness and message, a warning song. 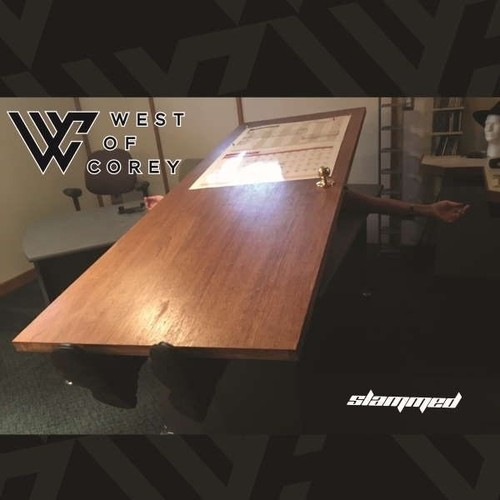 Although these “things to come” are not specifically named it, sure sounds to be something apocalyptic. A good potential disaster guess might be climate change. Many today are calling for big changes in how we handle our limited natural resources and various carbon emissions. If we don’t correct our ways, they tell us, it could be the end of mankind as we know it. This song sounds a lot like the sorts of songs that were being written and recorded during the tag end of the Cold War. With the chilled relationship the United States had with the Soviet Union, many were predicting an eminent nuclear apocalypse. That never happened, thank goodness. Even so, though, relations with Russia are once again faltering. Let’s hope we don’t go back to those dangerous days again.

This song begins with words about seeing the morning sun coming. The act’s female vocalist wonders how many more mornings like this one she’ll see. She accuses, presumably, those in power of taking a minor stance. The word “stance” is then rhymed with the word “trance.” The implication is that nobody is taking any action because we’re all in some sort of trance. Maybe we’re all in denial. “The course of things to come,” she sings, “Can bring us down.” Then she sings, more hopefully, “The course of things to come/Can bring us round.” With these last lines, there is hope that, as things get increasingly worse, those that are in a trance might eventually see the need to change.

Sonically, this song begins, remains and ends quietly. The tone of quiet resignation contrasts with angrier protest songs. It’s a little like Bob Dylan’s “The Times They Are A Changin’,” in that respect. That 1964 song asked, rather politely, just when reluctant change agents would realize the need to correct course. West of Corey is not resurrecting Rage Against The Machine with this song. If Rage had sung this song, it would have been loud, fast and angry. West of Corey – in contrast – is quiet, slow and morose. These are two completely different approaches to the protest song. Each is valid. Sometimes, shouting gets folks’ attention and motivates them toward action. Other times, though, the soft, thoughtful approach is equally effective. This is a little like teaching styles: Some students like loud, action-figure teachers, while others might prefer quieter, more thoughtful professors. Once again, different approaches, but with much the same aim.

While climate change appears to be the most likely subject for this song, West of Corey has wisely kept its motivations open ended. In the long run, that may have been a wise choice. After all, nuclear war warning songs haven’t exactly aged well; we’re not still expecting our enemy to drop the big one. Therefore, this song can be used now, and in the future, for various causes. And that’s one wise course for (this particular song’s) things to come.