“You needed tenderness,” Prism Tats woefully croons on his latest single of the same name. A music video for “Tenderness” was filmed at Prism Tats’ LA rehearsal space with only a strobe light and a pair of blue blockers, then turned over to his long-time collaborator Garek Druss who transformed the footage into a psychedelic swamp. 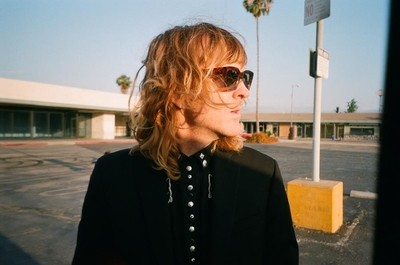 “Tenderness is about getting lost in ones’ self and neglecting to show those you love the kindness and consideration they deserve,” Prism Tats said of the song’s meaning.

Originally from Durban, South Africa, Prism Tats aka Garett van der Spek relocated to the U.S. after years of playing in local bands and working on solo projects. In 2014 he founded Prism Tats, and in 2015 landed a deal with ANTI- after being discovered at SXSW. Since his self-titled debut arrived in 2016, Prism Tats has landed support slots with indie-rock icons like Guided By Voices and Nada Surf, toured on his own and with a band, and continued to write and record steadily. In 2018 he released his sophomore effort Mamba on ANTI-.