Anyone home growing would like to produce a potent weed, and this certainly can be done. Both recreational cannabis and medical marijuana growers have the goal of maximizing the amount of THC, as well as other cannabinoids, to increase the potency of their harvest. 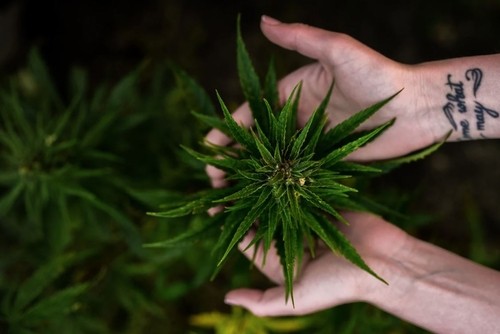 Genetics is absolutely the most important aspect of THC potency when it comes to homegrown. Genetics will dictate the maximum amount of THC and other cannabinoids a certain strain will produce. While you can use various growing techniques to maximize THC, that still won’t be enough to exceed the THC limit set by the plant’s genetics.

In order to grow weed with potency and high levels of THC, it’s vital to plant seeds from a high-potency, high-THC strain. Research the best strains of weed or various strains of cannabis so you’ll know which is the most potent, and only purchase your seeds from a respectable breeder.

In order for your plants to produce the most potent weed as possible, they need to be healthy and robust, with plenty of buds getting receiving light during the flowering stage. Likewise, it’s important to feed your cannabis nutrients for the flowering stage. Also avoid common gardening mistakes such as over-watering and under-watering, poor lighting and irregular light cycles, root problems, and general nutrient deficiencies. Outdoors cannabis plants need direct sunlight for at least 8 hours a day in order to produce the best weed, and indoors you will need high-intensity grow-lights to produce high levels of THC.

Many growers don’t realize they’re harvesting their buds too early; this will dramatically reduce your yields as well as the final potency. Wait for the 2-3 week period within the flowering stage when the buds are at their highest THC level. You’ll know, because the trichomes (the tiny resin glands) on the buds will turn a milky white, while at the same time, most of the tiny white hairs on the buds will have begun to curl in and turn dark.

While the curing process may not directly increase THC levels, it appears to positively affect the quality of the high. This could be caused by chemical changes during curing that intensifies the effects of THC as well as other cannabinoids. For one thing, uncured, as well as buds harvested too early, can cause headaches or rambling, disconnected thoughts in some people. Proper curing can reduce these negative side effects.