Formed by singer/pianist Margarita Monet and guitarist Dave Bates in 2011, Los Angeles based Edge Of Paradise has made a name for themselves in the metal scene with the release of well-received independent albums and heavy touring both nationally and internationally. Their new album, and first for Frontiers, “Universe” was produced by Mike Plotnikoff (Halestorm, Three Days Grace) and mixed by Jacob Hansen (Amaranthe, Volbeat, Pretty Maids). “Universe” brings together a symphonic and classic metal approach with more contemporary sounds like industrial and electronic influences. 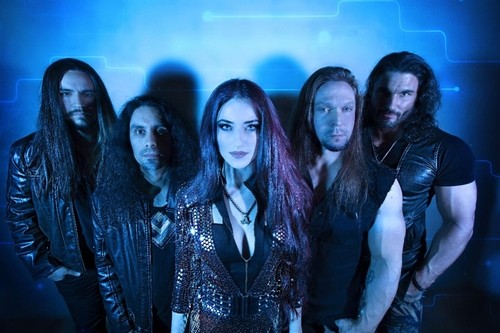 The band has recently released a new music video, “Fire.” Watch it HERE: