Movies allow us to escape our humdrum lives and visit world’s we couldn’t ordinarily go to. In this article we’ve put together a list of far off planets (Both real and imaginary) which have featured in movies and we’re sure you’d love to visit.

FMovies is a site you need to check out. It is just a faster and better place for watching online movies for free. Ads can be a pain, but they are the only way to maintain their server.

In this sci-fi adventure classic Matt Damon plays a NASA astronaut stranded on the red planet. We watch as he fights for survival while waiting to be rescued and battles sand storms, starvation and technical challenges before finally making his way back home. To be honest with you after watching this movie you might not be that keen to visit Mars anymore.

In this Christopher Nolan masterpiece an ensemble cast headed by Matthew Mcconaughey sets out to find a new Earth. The first planet the crew stops off at is covered entirely by water and features gigantic waves which come dangerously close to killing the crew and ending their mission. A great place to visit if you’re into surfing.

This recent Brad Pitt vehicle shows what happens when man finally colonizes the moon. Turns out that it’s not all fun in games when he’s forced to fight space pirates on a trip across the lunar surface. The sea of tranquility is not so tranquil after all.

Avatar can be described as a type of 21st century Dances with Wolves. In this movie we join crippled marine Jake Sully who is chosen to join the avatar program. He then attempts to integrate himself into a local tribe of aliens who he ultimately joins becoming utterly transformed both physically and spiritually by his experience. This planet Pandora is almost too beautiful to describe.

While you can’t actually stand on the Sun (Or get anywhere near it) this movie gives you a pretty good idea of what it would be like to make the journey there. Protected by ultra-futuristic technology the crew of the Icarus II must embark on what is basically a suicide mission to awaken our dying sun.

What would a list of sci-fi movies be without mentioning Star Wars? This desert planet is most famous for being Luke Sky-walkers home world as well for its twin suns. Populated by the villainous Hutts, Sand People and Tusken Raiders amongst others it’s a place guaranteed to provide adventure.

We hope you enjoyed this list of the most fantastic movie planets you’d love to visit. Betway have created the top Silver Screen Staycations, analysing what it might cost you to visit your favourite fictional holiday destinations. 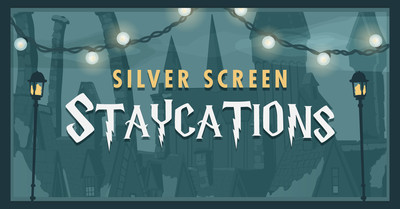