Unfortunately, the workplace isn’t always as endearing as we would like it to be. In truth, a lot of discrimination takes place in the workplace. 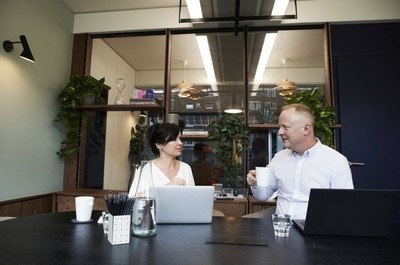 Discrimination is based off of the prejudiced views of a person and can be about anything ranging from age, race and even sexual orientation. People are within their rights to not be harassed because of the anti-discrimination laws. However, discrimination still happens regardless of these laws. But that doesn’t mean you can’t fight against it.

The first step to fighting against discrimination is taking down every bit of offending behavior that occurs. Here’s how you can do so; take a small notebook or journal with you. Jot down the date as well as the time. Finally, write down the kind of behavior that happens and include as much detail as possible. It will come in handy when you go to prove it later.

Look for Any Other Witnesses

When faced with discrimination, it can seem like the whole world is against you with no one to rely other than yourself. However, despite these feelings, this is not always the case. There may actually be someone else who is dealing with the same thing or bore witness to an event.

Ask them about what they saw and whether or not they’ll be a witness. And don’t forget to write down everything they said in a notebook in detail. You’ll need it when you present everything when seek gender discrimination law services.

Keep Your Evidence in a Safe Place

Any evidence you manage to obtain must be kept in a safe place. Store your notebook in a locked drawer, save harassing emails and keep a log of the phone calls. The more proof you’ve acquired, the better.

Although it’s tempting to wait and see how much evidence you can compile, it may end up costing you in the long run. Because you have a limited amount of time when filing a claim, you need to act as soon as the incident occurs. Make sure to take a look at how your company handles harassment and discrimination.

Discrimination is something no one should ever have to go through. Unfortunately, it happens no matter where you are, whether it’s at work, the store or going for a simple stroll through the park. However, you don’t have to stand idle and let it happen. Make sure to follow these steps to fight against discrimination.