Roulette is a very simple game. Place your bet, see where the ball lands, and hope to win some cash. Well, three university students from Australia have devised a slightly different concept surrounding this classic casino game. They’ve launched an online game called Pizza Roulette, in which users bet $2 for one of 15 slices on a virtual Roulette wheel. After the wheel is spun, the winner gets a pizza delivered to their house. 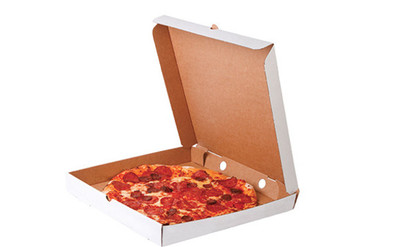 Jackson Grant, Greyden Scott and Oliver Collins are the Aussies who have pursued this passion for pizza while studying at Queensland University of Technology. They met at the university’s start-up club, where the trio discovered their shared love of food and tech.

“We’re all sort of interested in start–ups and interested in tech — and we also really like pizza,” said IT student Grant, who is credited with the initial idea. “It started out as a total joke, but it turns out, there are a fair few people who like playing it.”

We’re all familiar with the idea of playing in an online casino for real money, so what about playing online games for real food? It’s a novel idea, and Pizza Roulette is bound to be a hit with those who crave the luxury of fresh pizza but balk at the price.

The fun of Roulette is that it is quick and easy, with little thinking required and high potential rewards. The prospect of enjoying this aspect of the classic game, while getting your hands on a fresh pizza for only two Australian dollars could be mouth-watering.

At the moment, the game is only available in Australia as the trio’s student status means cash injections for the business are hard to come by. But if the website continues to grow then Pizza Roulette could be coming to your town or city in the future. Who knows, it could spark a revolution in online casino games with food as the prize instead of cash. How about playing Poker for potato chips instead of casino chips?

Grant is keen for Pizza Roulette to spread its wings and expand. “We’re not 100% sure how we’re going to do it yet but there are a few options — expand different food offerings beyond pizza or we could start doing upsells or trying to get more value out of the people currently playing.”

The genius of the idea makes you wonder why it hasn’t been done before. “We deliver pizza to random people around Australia for $2,” reads Pizza Roulette’s twitter bio, proving what a simple premise the company is built on. The game is only live between 5pm and 7pm so that it takes advantage of hungry players, but it means that the company is only making money for two hours a day which could present an obstacle going forward.

Sometimes there are reasons why seemingly good business ideas haven’t already been established, and it will be interesting to see if Grant and co. can upscale the business to make it workable and sustainable moving into the future.

At this stage, it all sounds a bit pie in the sky, and you’ll forgive us for still preferring the traditional comforts of our favourite online casino games with the thrill of winning some real cash.