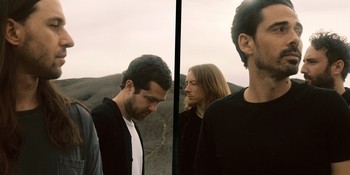 Based in Los Angeles, the quintet progressed their blissful sound over the course of three full-length albums, Gorilla Manor [2009], Hummingbird [2013], and, most recently, Sunlit Youth [2016]. The latter received praise from The FADER, Consequence of Sound, The Guardian. In between countless sold out shows and festival appearances – including a standout Coachella 2017 set – they’ve graced the stages of Austin City Limits, The Tonight Show Starring Jimmy Fallon, The Late Late Show With James Corden, and more.

On May 15, Local Natives will embark on The Spiral Choir Tour. The band will partner with Plus1 to donate $1 from select tickets to support gender-based violence intervention and prevention programs.