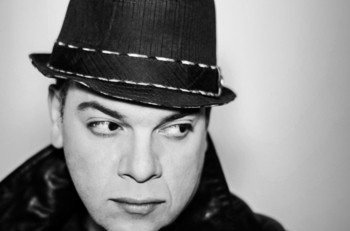 In his 2012 QOOL Music Awards acceptance speech for Best R&B Dance Artist, YOVANNI said, “Never ever, ever give up on your vision.” Mixing elements of R&B and funk with electronica, YOVANNI cites Madonna, George Michael, and Adam Lambert as his favorite artists, though his sound is uniquely his. He’s had a few releases that have charted (“Hello, “I Want You,” “Milkyway,” as well as new single “Breathe”), but things haven’t always come easily.

After moving from Cuba to Florida at the age of 6, YOVANNI began his path as a musician when a teacher at the prestigious New World School of the Arts overheard him singing and gave him singing lessons during his lunch breaks. Eventually, YOVANNI was accepted into the musical theatre program. When he finished his studies, it was off to New York City, where he made ends meet by working in restaurants while writing, recording, and performing. A cover of Bill Withers’ “Lean On Me” won him a spot at the prestigious singing competition, Showtime at the Apollo. YOVANNI then recorded back-up vocals for many local artists and bands (including Nia Mone’t) before he switched gears to fully concentrate on his solo career, releasing songs that got the attention of critics and the public in the US and Europe.

When times are tough, the hardest – but most important – thing we can do is “Breathe.” That’s the title of YOVANNI’s latest single, which sees electronic rock elements combined with a melancholy vibe and lyrics about the ups and downs of life that we can all relate to. The “Breathe” video is a haunting, film-noir style clip captured fully in black and white that explores the daily battles of depression and spiritual afflictions that we all deal with in life. Depicting suicide, homelessness, the church, and the faith that everything will be okay if we hold on to faith, “Breathe” is a beautiful performance with a strong message.