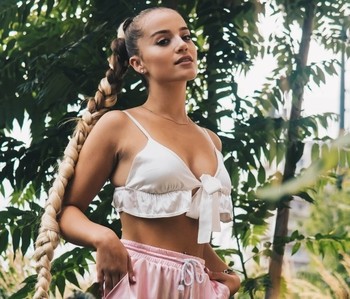 18 year-old rising pop star Libby Whitehouse has announced the release of her debut EP Feels, due for release next week on November 14th.

To mark the announcement Libby has released her new song ‘Rewind’, taken from the EP. ‘Rewind’ finds the Brighton singer on a garage tip as she reflects on fond love memories.

Regarding the new single Libby says, “‘Rewind’ is quite different to anything I’ve released so far, it has more of a garage vibe to it which I LOVE. I had so much fun writing this with my producer Chris Priest. It’s taken from my debut EP Feels, which I’m so excited for everyone to hear.”

Continuing about the forthcoming EP she says, “I had a great time writing and recording the EP. I think it does a really good job of representing each genre of music I love to write, sing and listen to! I’m so excited to get this out, I’ve already got ideas for new music and have started working on more things for 2019!”