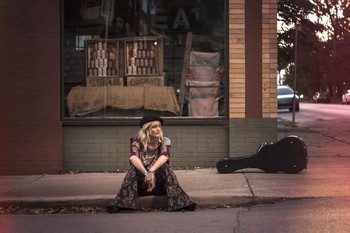 With critical acclaim, chart success, international TV syncing and awards a-plenty, it is hard not to see Australian songstress Julie Kember as a bona fide overachiever. The beating heart of all her wild success is wonderful music that touches the soul. Built around the gorgeous timbre of her voice, Kember’s songs are majestically poetic, cinematic and relatable – providing her with a passport to tour the world. From Tamworth and Boyup Brook, to Nannup and Nashville, Julie Kember’s music is at home anywhere it touches the ground.

Capturing her story in all its globetrotting glory, Julie Kember is currently preparing her new album, Million Lives. Some of her revelations on the album are deeply personal and vulnerable. Thumping blues number and first single Undone is a perfect case in point. Written under the storm cloud of anxiety, Julie took the emotion of her struggles as an artist and from them created a metaphor we can all relate to. It is a representation of both the dark tunnel of mental illness, and the light that exists at the end of it. Summoning strength and determination, Undone is the voice of encouragement.