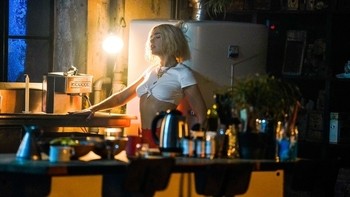 Dua Lipa joins Diplo and Mark Ronson on the latest track from their collaborative project Silk City. Released today on Columbia Records, “Electricity” comes accompanied with a Bradley&Pablo-directed video. Set during the sweaty New York City Black Out, Dua hosts a summer loft party and some guests seem to be stuck in the elevator. Listen and watch here.

Inspired by piano-laden Chicago house classics, and employing a stunning gospel vocal, the song came to fruition with lyric and melody contributions from Romy Madley-Croft of The xx, Dua Lipa and Diana Gordon, most renowned for working on Beyonce’s Lemonade.

“Electricity” follows the previous singles “Only Can Get Better” with vocalist Daniel Merriweather, “Feel About You” featuring Mapei, and “Loud” featuring Goldlink and Desiigner.