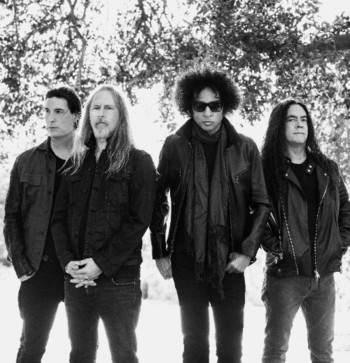 With two weeks to go before the arrival of the new Alice In Chains album Rainier Fog (BMG), anticipation is ramping up with today’s release of new single ‘Never Fade’.

‘Never Fade’ is the third Rainier Fog song release following ‘So Far Under’ and ‘The One You Know’ and all three tracks are available as instant downloads to pre-order the album ahead of its August 24th release date.

Recorded with producer Nick Raskulinecz (his third consecutive album with the band) and mixed by Joe Barresi (Queens of the Stone Age, Tool), Rainier Fog will be available digitally, as well as on CD and limited-edition double 180-gram clear LP with white and black splatter (the latter is available only from the band’s online store).