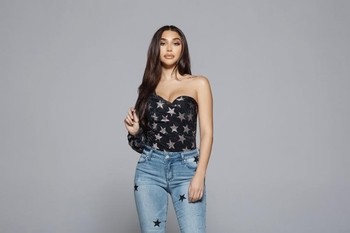 DJ, producer and content creator Chantel Jeffries drops her latest track, “Both Sides” featuring Vory via 10:22 pm/Capitol Records. The soon to be song-of-the-summer is the follow up to her massive debut single “Wait” ft. Offset and Vory, which has already amassed 25 million streams worldwide and hit #4 on Billboard’s Dance/Electronic Digital Song Sales chart.

Jeffries continues to take the music industry by storm with the announcement of her summer DJ sets at the legendary Las Vegas venues, Wet Republic and OMNIA. The shows will mark the first live performances of the new single, “Both Sides.” Links to purchase tickets and initial show dates can be found below, with more to be announced at a later date.

Jeffries was most recently featured as the house DJ on LIVE! With Kelly and Ryan for their 4th of July show. At 24 years old, the up and coming DJ and producer has captured fans by storm with her hit “Wait” ft. Offset and Vory – which landed at #4 and #5 on the Global and US Spotify Viral Charts respectively. The track, produced and co-written by Chantel, has amassed more than 25 million streams worldwide and counting. Using mathematical sequencing to create tracks and pulling influence from the Islands, French and European house, she creates a signature sound embodying her musical taste and top notch production. Her debut EP, Calculated Luck will be released later this year.