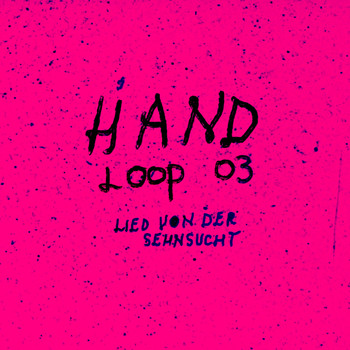 HAND is a solo project by Sascha Bachmann. He is a musician from Berlin who loves creating experimental sounds and dance beats. Loop 03 (Lied von der Sehnsucht) is one of the tracks of his first album “Debut“. Concering this record, everything as music, video and artwork comes from his heart and hand. For “Lied von der Sehnsucht“ he even recorded his own heartbeat to bring it to life.

For Bachmann this track is the most important on his debut album. This is why he decided to collaborate with one of his favourite video artists. He got very lucky that Ruffmercy chose the song to create a music video full of life and colour. With his raw style and sketchy animations, he managed to translate the sounds, created by HAND (aka Sascha Bachmann), into beautiful visual elements. The Bristol-based artist Ruffmercy (aka Russ Murphy) is known for his recognisable drawing style and has been making a name in the music industry working with lots of different musicians. His artwork for Lied von der Sehnsucht takes the listener into another dimension.