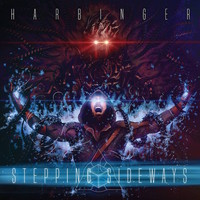 Have you ever been anywhere in the south? Have you ever just been to a place where time seems to stop right as soon as you get there? During the peak of summer, most people get their bags packed and head to any portion of the Gulf Coast to experience summer food, fun, heat, magic, water, and sun! One particular place that many people travel to is New Orleans, Louisiana and for good reason. Down in New Orleans, one can experience good food, fellowship, music, and the French Quarters, a place like no other. And as it relates to that good food, the music scene is as magical as some of the most eclectic dishes like Jambalaya, Gumbo, or Crawfish! But, New Orleans has another hidden secret and that is the band Stepping Sideways! Stepping Sideways just released ‘Destined to Fall,’ and the song is absolutely brilliant!

The band Stepping Sideways consists of Vocalist Khader Alherimi, Guitarist Joey Vasatka, Guitarist Josh Talazac, Bassist Matt Ikner, and Percussionist Ross Donewar. Hailing from New Orleans, Louisiana, Stepping Sideways has pulled some truly eclectic, Alternative Rock with the latest single, ‘Destined to Fall’ from the new album Harginger. If comparing a comfortable sound to the heavy guitar and very direct punch of the rhythmic signature hard choruses, Stepping Sideways easily could step side by side with Korn as well as Kurt Cobain and the Nirvana music era. The band all are accomplished while also making the song truly push deep inside of the chest.

At first listen, the beautiful guitars start so lightly with a gentle beginning in ‘Destined to Fall’ and although it is a very soft touch, the next is a painful sounding song about the many stories that people tell or how people can turn their backs on others in critical moments. Pain is pain and in this very moment, the lyrics state, “and we become the righteous corruption of the fall…” Everything that goes up must come down…Sometimes lies are told to people that innocently trust others with their heart and at this moment, the lead vocalist, Khader Alherimi simply lays his heart on the line with the emotionally felt performance. Could love be found in you? a question that is asked throughout the song. However, the most captivating portion of the song is the elongated ending that drifts off as is done when a harsh storm drifts off thus letting the sun come back out…

Everything heard from Stepping Sideways allows all listeners the ability to note that there is a truly unique and amazing sound that is traditionally different coming from New Orleans. While Jazz is a high example of what can be heard in the streets day or night, Stepping Sideways is truly giving their fans and new followers something totally unexpected! Good production, heartfelt lyrics, and amazing execution are what makes this band so different. It would not be a bad suggestion to follow them and keep up with their tour schedule! They are definitely worth going to see! I highly recommend listening to ‘Destined to Fall’ and you should take a listen too!