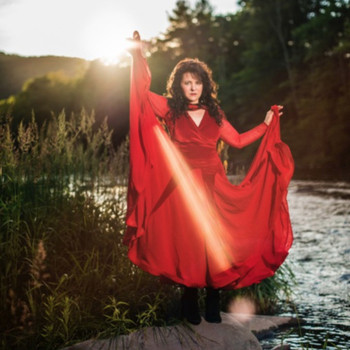 “Evoking comparisons with Stevie Nicks the songs on her potent debut mini-album reflect inspirational and empowering messages lyrically. The music is solid, strongly singable, and will delightfully lodge in listeners internal musical repertoire for a long time.” – Diversions LA

In an earlier lifetime of performing, Rainey did a lot of busking, playing bars, hotels and cruise ships. There were publishing deals, almost record deals, voiceovers in movies and a job as A&R for Atlantic Nashville in LA. Eventually, the tides changed, and Rainey found herself immersed in a life of painting and photography, exploring the solitude and realness of a painters life.

After a friend took her to a Rickie Lee Jones concert, Rainey found herself transformed by the performance, and immediately began writing her own songs. “It was the next stop on the train for me” she says. Tight backing musicians create magnetic listenable support to Rainey, including Doug Yowell, Richard Hammond, Thad DeBrock, Everett Bradley and Clifford Carter on acoustic piano and keys. The EP was produced by Grammy and Emmy award winning producer Robert L. Smith at Defy Recordings and Avatar Studios. She asks that listeners tune in to her songs because “they’ve got life, wisdom and lightness even if they can get lonely and dark.”