It was over 10 years ago that Michael “Jag” Jagmin and Jonathan Kintz last shared the stage together while in the Orange County band Odd Project. After that group disbanded, Jag went on to front the post-hardcore band A Skylit Drive, while Jonathan joined the then newly formed Of Mice & Men. Now, the two of them are back together again in the form of Signals and the duo have released their first single “The New American Religion.”

Today, acclaimed singer-songwriter Brett Dennen has shared the awe-inspiring video for his hit single “Already Gone”. The video, directed by Craig Allen was created by the creative agency CALLEN. A branding think tank responsible for last years interactive music video for the song Stained Glass for Real Estate that recently was awarded two Webby Awards. The video features 80-year-old Vera, who has a vast bucket list to complete, but has yet to complete it because she’s been busy with life’s daily tasks and structure. Dennen then steps in and takes over Vera’s chores and duties so that she can check off her bucket list. She does everything from skydiving to streaking, with explosions, confetti, and more along the way.

“We did our own mini casting search / dream search and talked to different people about what their perfect day would be if they had the time available to do it, and why they couldn’t do it,” shared Dennen. “We chose Vera, because she had the craziest, most fun sounding ideas. The only thing holding her back was household chores, which I volunteered to do. This is a part of our year long campaign for spreading positivity. I think it’s important that we make the time to do the things we really want to do. It inspires more good things to come.”

“Troublemaker” is ECSTATIC VISION’s take on 1974’s Zam Rock classic from Chrissy Zebby Tembo and the Ngozi Family. New album “Under The Influence”, a collection of six raw, fuzzy, psychedelic slabs of cosmic rock, covering tracks by some of their biggest influences: the primitive stoner doom sounds that came out of Zambia in the early/mid-70s also known as Zam Rock, godfathers of space rock Hawkwind and early kings of Detroit rock’n’ roll MC5, all delivered with EV’s signature bone-crushing, blown-out in-all-the-right-ways recording style.

The record’s 12 songs are spectral and sinewy, often defined by the spaces in between the sounds. A ghost’s whistle weaves itself around a pulsing single note on “Lonesome Infidel”; “Feast To Famine’s” hard luck story floats above a guitar part so strung out and washed with distortion it’s become barely recognizable. It’s soul music for anyone who’s long since left the crossroads.

SG Tip Squads Up with 21 Savage in “Lifestyle” Video

Wielding a casual menace and a hypnotic flow, ATL wunderkind SG Tip is Slaughter Gang’s next up. Squadding up in the Georgia woods with a couple dozen of his best friends, including his mentor 21 Savage, SG Tip flexes in “Lifestyle,” his latest video. Produced by Richie Souf, “Lifestyle” is a low-key hustler’s anthem, allowing tip to show off his street bonafides over a melodic trap beat. Premiered by Complex, “Lifestyle” is the latest video from Block Boy Tip, Tip’s sophomore mixtape, following the shiny video for “Mink Coat.” Brimming with headphone-ready trap production from Richie Souf, Trellgotwings, Tre Trax, J Rich, and more, Block Boy Tip is a catchy chronicle of Tip’s lightning quick come-up.

Filmed live in 1989 at the infamous Cathouse, “It’s So Easy” was never completely finished and remained in the vaults, unseen and unreleased. The footage was recently uncovered for inclusion in the box set and has been digital restored in 4K UHD from 16mm film transfers with the original conceptual scenes edited back in with the live footage, just as the band had originally intended.

DAANI is a Nashville-based musical power punch who blends electro-pop and modern R&B sounds to create a vibe that caresses you with each note and syllable. She’s diving head-first into a series of new releases this year after cutting her teeth touring and performing as a backing vocalist for music’s most legendary acts from Miley Cyrus to Sheryl Crow, Amos Lee, The Roots and more.

In the first half of 2018, London producer, singer, songwriter, and DJ, Shift K3Y, released multi-million streamed new single “Only You,” and took off on the road alongside Chris Lorenzo on a North American tour, as well as played two Night Bass nights at Sound Nightclub in Los Angeles and Brooklyn’s Analogue. Not quite finished with the Night Bass crew yet, the 24-year-old artist has now unveiled a brand new project with the LA-based label, this time a new EP titled ‘Bite.’

Still searching for that one catchy track that will light up every dance floor this summer? Look no further than FaderX’s debut solo single “Critical.” FaderX has mastered the art of creating heavy-hitting and yet club-friendly tracks, and “Critical” is a prime example; with its bouncy, scintillating bassline and funky melodies, the track possesses all the key ingredients to be a hit at festivals and clubs around the globe. “Critical” follows FaderX’s latest track “Rave Me” with Tom Tyger on Protocol – which has been featured in Spotify’s Mint, Fresh Electronic and Electro Workout playlists – as well as “No Rush” from the Protocol Vibes Miami 2018 edition and several Spotify playlists. No matter if you’re grooving in the car on your work commute or letting loose at a festival, “Critical” is a guaranteed winner.

A rising voice on the NYC arts scene, Kat Cunning draws from her study of dance as well as her time on stage as a Broadway actress (Dangerous Liaisons, Cirque Du Soleil’s Paramour, Sleep No More). After recently earning a recurring role on HBO (details to come) and wrapping up a sold-out national tour with acclaimed singer-songwriter LP, she is preparing for a number of musical releases in the coming months.

On Friday, May 18th, PopDust premiered “Slow It Down,” the whismical new video from Nashville-based folk popster Sarah Clanton. The song follows the recent release of track “Silver Lining,” a call to constructive conversation, which premiered with Elmore Magazine, and the video for “Silver Lining” premiered via No Depression.

END_OF_DOCUMENT_TOKEN_TO_BE_REPLACED 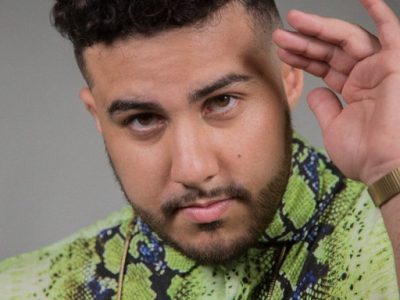