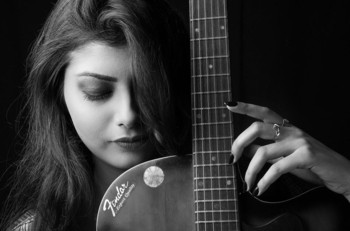 It’s easy to imagine that life as a musician will always look like a glamorous rock and roll fantasy. What you might not realize is that many successful musicians don’t start out with very much money. Here are some things to keep in mind as you work toward making a living in music.

Try not to get caught up in the fun of becoming a rock star. Keep your current job for as long as you can. You never know when you might have to rejoin the conventional workforce. Some people even manage to plan their tours around their allotted vacation time at work. There are too many former stars who now have no money and no way to make a living, and you would be smart to do your best to prevent this future for yourself.

Be Discerning about Gigs

Venues are more concerned about turning a profit than propping up new, emerging musical talent. Don’t accept too many gigs that require you to sell a certain amount of tickets, and don’t agree to buy up all the ones you’re unable to sell. These venues force artists to sell or buy tickets because music fans don’t otherwise frequent them. They are not places where you’re going to cultivate your following. It’s tempting to accept any gig you’re being offered, but it’s better in the long run if you’re selective. These gigs are just a waste of money at a time when you probably don’t have much of it.

Along those same lines, get used to playing only once or twice a month in the same city. When you perform too often, people stop thinking of your gigs as special occasions. They will start thinking that it’s fine to skip your gigs because there will always be another one a week later. You want to maintain the feeling of your gigs being exciting, and this will help you demand more money from venues. People will be more likely to pay to see you if they don’t think it will happen too often.

It’s not very rock and roll to get down into the details of taxes and contracts, but this is precisely why it’s so important to make sure you understand exactly where your money is going. People in the music industry expect to be able to take advantage of inexperienced musicians. Make sure that you understand every single detail in every contract you sign, even if you have to hire financial planners to explain those things to you.

People fall into music as an effort to avoid the mundane annoyances of the normal working world, but it would behoove you to maintain ties to it for as long as you can. Never forget that the music business is a business, first and foremost.