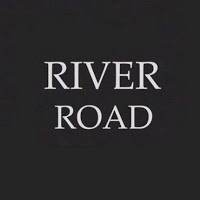 Hailing from the roads and corners of Brooklyn, Gary Douglas Band has recently released a song on the radio, on 20th April, titled, “River Road”, a gorgeous preview to their upcoming music album, “Deep In the Water”. This remarkable song is showcasing the peerless energy and talent of Gary Douglas and his band: why their upcoming album, is a must-listen musical collection in 2018. With the warm, friendly, yet sincere lyricism, the electrifying electrical guitar reefs, bluesy piano, Gary Douglas has smashed Americana, blues, and rock to create a genial and passionate gem like “River Road” that any country-rock lover can relish and cherish for the lifetime.

Gary Douglas has managed to go beyond the boundaries of studio-produced rock and his excellency is outshining through his iconic and beguiling sound and styling. There is a peculiar kind of similarity with ”Allen’s Mills” by Del Fuego, runs through the southern sky of ”River Road”, steered by Lynyrd Skynyrd influential organs and riffs. But, one thing is clear: Garry Douglas’s ”River road”, is neither plagiarized nor a piece of pastiche. The song beats with the signature style of tailoring music and lyrics to procure a perfect shape to the song. Right from the opening of the song, Gary’s roaring vocal fits perfect in controlling the melody and the overall sound.

In terms of weaving the lyrical potion, Gary’s prowess to weave exuberant and extravagantly operatic lyrics comes out in this single. It is the lyrics of the song that allures the audience, folds them in the captivating web spun and beckon them towards the car, sometimes in the open sun, on the open road, to find out the place where they share their last dance. The bass line, guitar, saxophone, Gary’s wonderful vocal, altogether they instigate the audience to engage themselves in the yearning of the past, get themselves lost in the cherished moments sealed in the past.

It seems like, through ”river Road”, Gary Douglas Band is crying out a plain message to the audience, and that is the never-ending desire to feel something fervent and real. With the emergence of the latest innovations of technologies, the sensible people have started to sense some kind of artificial living, unlike their predecessors.

Technologies have gifted us laziness beside so many other presents, and from this laziness, an apathy for human beings sprang up. It is the distinctive nature of human, to stand and shout against the heart and mind fencing when the enclosure becomes unbearable. Gary Douglas has tried to set a level of standard for raising the potential of human spirits to stand against any kind of enclosure. Because Gary Douglas has a peerless creative spirit that can never be restricted to a certain social or artistic enclosures set forth by our modern pop culture. He evolves himself with time, and his music grows with maturity.

The roaring vocal of Gary Douglas, the thrilling and intoxicating instrumentation, thought-provoking and powerful lyrical expression, etc. all these elements have made “River Road” a remarkable and beautiful song. People have to listen to such a wonderful creation.