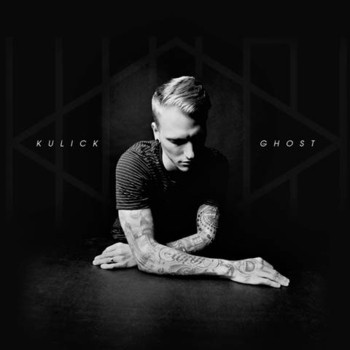 Today, singer-songwriter Kulick releases his new powerfully anthemic single entitled “Ghost”, which is his first via Gold’N Retriever Records/RCA Records. Along with the track, Kulick also releases the music video, which was directed by Joe Staehly. “Ghost” is available now at all digital retail providers.

Kulick says; “‘Ghost’ is an energetic song, but has some darker lyrics to it. It’s about trying to live past my expiration date and live on through music. It’s also about facing anxiety attacks, but music isn’t supposed to be specific, and the song could have many meanings to many different people.”

Starting at age 12, Pennsylvania-native Jacob Kulick, who now goes solely by his surname, turned his tiny closet into his own private music studio and began writing and recording songs as a way to cope with his anxiety and the loneliness of being an outcast. He says, “I started making music because I felt like I had to get something out of me, although at the time I wasn’t even completely sure what that was.” Kulick shows the sharp songcraft and tight musicality he has carefully honed since first learning to play drums and guitar at a young age. Along with recording in his closet and eventually self-producing a full-length album, he co-founded a long-running band called Story of Another in high school, and later studied audio engineering at the Art Institute of Philadelphia. Still based in Pennsylvania, Kulick has found a certain solace in staying close to home, both geographically and in the emotional essence of his songwriting. “Every single time I write, it’s that same feeling from when I first started out with music—it’s still my way of dealing with all this stuff going on in my head,” he says…”No one should ever feel like they have to suppress whatever it is that they’re going through.”