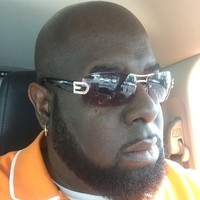 Like a bat out of hell, Choqlate Songbird comes rip roaring through the sonic mist on “Stay Down (By My Side),” his new single from the EP “Choqlate Elements,” both of which are available now everywhere digital downloads are available. With little fanfare, Choqlate Songbird has emerged onto the rap scene with a style that is unmistakably his own, controlling the room with every live performance and owning rivals who would dare to challenge his greatness. Complexities that riddle the artistic mind of any great talent do not serve as any sort of barrier for Choqlate, who on “Stay Down” conveys all of the themes and classic beats any hardcore, long standing fan of hip-hop will not only love, but downright crave after being introduced to them. Greensboro born and very proud of it, the Buckeye State based songwriter got his start writing and producing tracks on a string budget, allowing his talents to do all of the talking for him. While a lot of rappers are content to boast their skills with elaborate videos, entourages that act as a mouth piece, and claims often too ridiculous to even repeat, Choqlate Songbird doesn’t even consider participating in such childish nonsense. This is all one hundred percent, grade A unfiltered hip-hop that doesn’t follow the rules, standards or restraints that burden the industry today.

The music biz can be an unforgiving one. Constant shifts in popular demand make it easy for industry titans to become cutthroat, with any new blood in the water fresh for the exploiting. On the west coast, countless upstart acts are crushed into anticipatory boxes, as if to be redshirted their rookie year in hopes of not spoiling the future to come. Maturity is a high commodity in this world, and Choqlate Songbird doesn’t waste time dispatching his critics and haters on Choqlate Elements, an extended play that is so playable it leaves indie rap fans wishing it was a full length. Even casual fans of the genre will be inclined to cut loose on tracks like “Stay Down,” mostly because the Billboard has been desperately in need of an original song that we can dance to for a long time now. And in the last five years, it’s difficult to recall a single that has been able to generate as much buzz on sheer word of mouth alone.

Choqlate Songbird’s web presence on Facebook, ReverbNation, CDBaby, Amazon.com and Spotify has done quite a bit to advance his career, but the idea of seeing this man live on stage is much more exciting than any of the much-lauded “coming releases” advertised on the Billboard this year. With so much attention to detail and unrelenting passion for making original music, Choqlate Songbird, his supporters and collaborators (with Tone Malone and Kaleo Ross prominently featured on this track), have got a long career ahead of them. With great power comes great responsibility, and we can all be sure that the future of hip-hop, and the scene within the central United States, is in the good hands of this enigmatic vocalist.