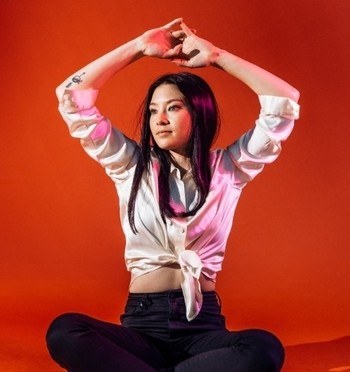 Ever the straight shooter, San Mei hasn’t left much to interpretation on the new single, explaining “it’s about that classic ‘butterflies’ moment when someone unknown to you captures your attention, and you’re not sure why. It’s that person becoming a daydream to you, wondering who they are, what they’re about and not necessarily wanting them to become anything more than some intoxicating illusion” .

Taking on Oscar Dawson (Holy Holy, Ali Barter, Alex Lahey, Joyride, British India and Robbie Miller) as a producer has challenged and galvanized the aural evolution of San Mei. The collaboration saw the pair refining ideas, exploring soundscapes and laying the foundation San Mei’s sonic progression; culminating in her new work. Finding creative freedom in the harmonious nature of the partnership, San Mei explained ‘[Dawson and I] hit it off straight away and it seemed like he understood where I was coming from, even when I had trouble conveying certain ideas in the demos I made at home.” Of these demos, San Mei offers first single ‘Wonder’