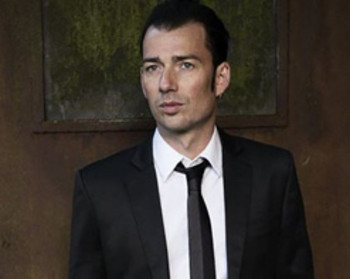 Coming all the way from Copenhagen, Denmark, Laust Sonne, a HIP Video Promo veteran, has returned with more catchy tunes once again! The holiday season is among us, and Laust Sonne is getting into the spirit early this year. For those who don’t know Sonne, a recent interview can help you out: he described his music as “Modern Pop with Heart” and we couldn’t agree more.

While many know Laust Sonne best as the drummer for the iconic Danish band D-A-D (Disneyland After Dark), his smash hits including “Reckless” and “On The Radio” have been making even bigger waves. Today, we bring you Laust Sonne’s newest single “X-Mas Morning”, and if you have been keeping up with the multi-instrumentalist Scandinavian, you’re probably thinking that this holiday jam sounds a little familiar. That’s because it is both a musical and visual reimagination of “Sunday Morning”, Sonne’s previous tale of heartbreak when feelings of love are not reciprocated.

The video opens with Sonne on his acoustic guitar, accompanied by a string quartet, a perfect pair for the new tone of the song. The woman Sonne longs for in the last video is brought back in short glimpses, and she is seen living freely, once again without him. Her beauty shine’s through just as it did in “Sunday Morning”, captured by her dancing. However, this time she does not show up at the end asking for forgiveness. We can only hope this means that two-sided love cycle does continue, as it clearly hurts the both of them.