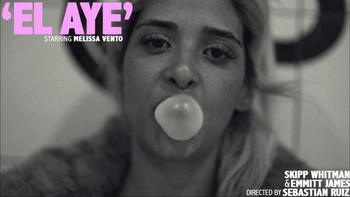 ‘El Aye’ featuring Emmitt James and starring Melissa Vento. Directed by Sebastian Ruiz (‘Goodnight,’ ‘Escalator Music’), was shot in Downtown LA, in and out of the Subway. It tells the story of chance encounters, and admiration from varying distances. This is Skipp’s first black and white effort, to a track which he produced (along with the rest of the songs on UFSV#1 now available on skippwhitman.com and soon on all streaming platforms).