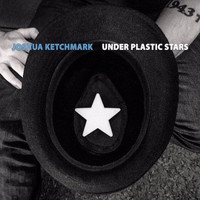 When words fall short, music is the only aid that can help to comprehend the desires and commune the thoughts of an artist. Joshua Ketchmark is one of those talented musicians who has always used the power of passionate music to convey his ideas and thoughts to his huge audience. With his newly released EP ‘Under Plastic Stars’ Joshua disseminates the versatility of human feelings and emotions in a beautifully covered collection of musical melodies.

Born and brought up in a small town outside of Peoria, Illinois, Joshua has found his musical passion at a very early age when the radio airways occasionally played the songs from various upcoming bands. Inspired by the musical compositions of The Beatles and Queen, Joshua had started to imagine himself beside them as a renowned musician from his early childhood.

Later during the time when MTV has started gaining popularity, Joshua rekindled his intense desire of becoming a singer and started his guitar lessons. Coupled with his special guitar training he had also started writing songs, attending jamming sessions and rehearsals. Joshua collected his multiple talents and started performing at the small local shows. The taste of victory in a local band competition brought him composite exposure and he started recording songs in the studio. From then onwards there was no looking back for him.

Having worked with many famous names in the musical industry, Joshua compressed all his talent and experience into his first solo album, ’List Of Regrets’ which gained a lot of appreciation and brought him a huge fan following. With this new EP ‘Under Plastic Stars’, Joshua desires to reach a new height among his ardent followers. The new single ‘17′ from this album is one of the most emotional songs created by him. The track accompanies a performance video which further adds to the dramatic feel of the whole song.

Based on the theme of lost love, broken relationships and hard times, the song expresses the feeling of solitude and emptiness in proper depth and great details that can easily touch anyone’s heart. The background instrumental support for the song ‘17’ is kept subtle and smooth, which enhances the feeling the song tries to leave behind. The lyrics of the song are written in simple friendly words which can easily reach the mass to relate to this feeling of dissolution and deceit.

The track ‘17′ starts over a melodious prelude with a special acoustic guitar section and a well-tuned female background vocal which instantly creates the mystic ambiance of the song. When Joshua takes over the song in his own intense voice, the stage is already burning with the amazing spectrum of emotions. Joshua proficiently weaves this poignant story of passion and vulnerability which glides through the synchronized gleam of melodious harmony.

With this new released EP and the single ‘17′, Joshua has poured every ounce of his imagination and musical art to craft this amusing song track. With a vibrant musical association and well-synchronized lyrics, he has effectively designed this storytelling art of music that is sure to allure many more fans into his musical world.