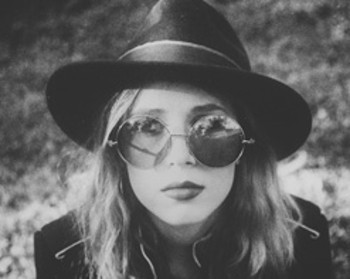 The eclectic duo of Anana Kaye and Irakli Gabriel are no strangers to adventure. Irakli has lived and performed in New York City for most of his life, while the golden-voiced Anana Kaye made her way to the States all the way from the Republic of Georgia. Their latest single is called “American Smile”, and through the layers of delicate guitar, smooth percussion, dreamy piano and enthralling vocals, this song tells a riveting story of a man on a journey in search of the “American Smile.”

“American Smile” was co-written with Freddie Stevenson, an accomplished Scottish-American songwriter and frequent collaborator with the duo. Irakli says of the song:

“Some years ago I was sharing an apartment in New York with my friend, a brilliant songwriter Freddie Stevenson. We were playing in a band together at the time and in the process ended up writing a bunch of songs. One eve after a few beers, Freddie said, ‘I’ve got this title, “American Smile.”‘ It struck a chord with me immediately, I knew we had to write it, so I grabbed a bass and started playing a progression and humming a tune. Freddie did not waste any time either, and we had opening verse and the song structure right away. The wordsmith he is, Freddie contributed most of the lyrics, which spoke to me right away and made sense on every level.”