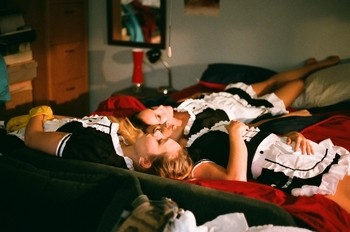 Effortlessly blending Serena’s vocals with live instrumentation and a beat that immediately pulls you in, “Show Me The Way” is an uplifting track, breaking the chains of conformity and pursuing one’s own happiness. Serena Foster effortlessly syncopates the nuances of the lyrics throughout the track, bringing an element of some of the best elements of trap EDM and anthemic-pop.

Based out of Los Angeles, Serena Foster is a singer-songwriter from Los Angeles. Born to a musical family, she started singing at the age of five, and was already writing music at nine. Originally writing music within the Americana genre, Serena worked with two-time Emmy winning composer/producer Lars Deutsch from 2012 to 2015, releasing the two singles “More Than Friends” and “Silly Games.”

In 2016, Serena Foster decided to re-invent herself and her music; diving into an inward soul-search of where her music is heading, and combine her musical background with the passion and love she has of the EDM side of pop. As such, Serena released her single “Hollow” in August of 2017, to high-acclaim and amassing new followers, clamoring for more of Serena’s unique blend of Pop and EDM.

Currently, Serena is finalizing her album with producer Raz Klinghoffer, whose work can be heard on television shows such as “American Horror Story,” “Ink Master” and “The Flash” and has teamed up with Fenton Music Management.