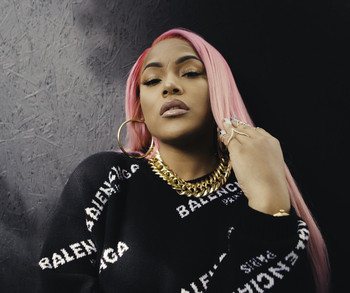 Following the massive success of her debut single ‘Hurtin’ Me’ and a show-stopping performance to open this year’s MTV EMA Awards, STEFFLON DON continues her rise as one of the UK’s most versatile and exciting new talents with the release of new track ‘Ding-A-Ling’ featuring grime superstar Skepta. The track is out via Steff’s own Universal Music imprint V-VI Records and is available to buy and stream on all major DSP’s now:

Produced by longstanding collaborator Rymez and built around a Simpsons-induced rework of Chuck Berry, ‘Ding-A-Ling’ showcases Steff’s innate versatility as she trades her singing voice for the fierce, ferocious flow that made her debut mixtape ‘Real Ting’ an instant classic. The track follows the artist’s first official major label release ‘Hurtin’ Me’ (feat. French Montana) which has become A-Listed across Radio1, 1xtra and Capital FM, peaked at No.7 (becoming the artists’ first Official Charts Top 10) and has now crossed over 60 million streams.