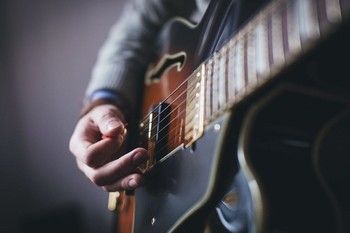 Medical cannabis is known to be widely used throughout the music industry, helping musicians to churn out better music and tap into another side of themselves that wouldn’t otherwise be accessible. But just what is it that makes medical cannabis a great aid in making better music?

Focus
One of the side effects of certain strains of medical cannabis is a “tunnel vision” kind of focus. This allows musicians to block out any kind of excess distractions that may be happening around them. Allowing themselves to completely hone in on the task of making music is vital to a cohesive, flowing production.

Enhanced Audio Perception
One of the most stunning effects of medical cannabis in the music world is that it unlocks an ability to hear the sound waves of higher frequencies in music better. A 1974 study shows that because medical cannabis targets a user’s brain receptors, the result is a heightened sensitivity and awareness to sound reception in the brain. The net effect of this heightened awareness is that music makers are able to locate the source of sounds more easily, which leads to a more connected, rich sound in the music being produced.

Creativity
A well-known side effect of many strains of medical cannabis is its ability to enhance creativity and improve songwriting ability. Cannabis allows the mind to filter out most of its busy, bustling thoughts, and focus on the small nuances of the world around it. Some companies, such as Elevated, know that one of the primary properties of medical cannabis use is an effect on the brain called “hyper-priming”. This is basically the brain’s ability to make connections between seemingly unrelated ideas and concepts. This, at its essence, is what creativity is defined as. Cannabis also is known to turn off your brain’s instinct to be constantly editing the material you are producing, which only enhances the free flow of ideas.

Increased Intensity
Other studies have shown that for many users, there is a corresponding visual image that accompanies sounds in music. This kind of visual accompaniment leads to new kinds of ideas and patterns, with sound, images, and colors all linked together.

When you link all of these effects of medical cannabis together, the result is a super-focused, highly receptive state that allows ideas to flow more freely and the gears in your mind to function effortlessly. The music becomes more intense, and that self-editor button is temporarily switched off, which allows you to produce better music than you ever have before.