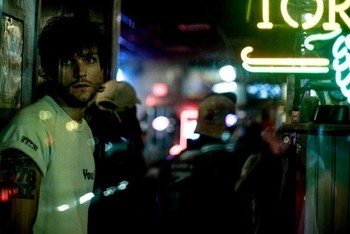 Hot on the heels of a North American tour supporting John Mayer this summer, as well as a string of sold-out headline dates around the U.S, The Night Game announce the release of their highly anticipated second single, “Once In A Lifetime”— out today via Interscope Records.

Martin Johnson talks on his inspiration behind the new single; “there was a self-destructive time in my life when it was challenging to walk out my front door and the world in my head was more dangerous then the world outside. ‘Once in a Lifetime’ takes me back to the moment that started with a pinhole of light and ended with a chance to leave that life behind.”

On signing worldwide to Universal’s Interscope and Vertigo Records, Martin told Billboard Magazine of his decision that it was their “deep connection to the music; not just to the metrics, algorithms, or play counts.” He continued. “It’s refreshing to be working with a company that has ears.”