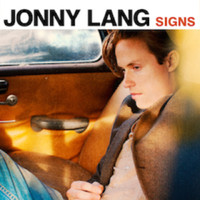 JL has always been one of my favorite guys on or off the stage. In addition to being more than capable of burning through the frets on a guitar, he owns the voice to complete the package and make blues/rock happen. This release takes a more simplistic approach, going back to the roots of traditional blues.

Jonny Lang: The Guitar Technique That Captures the Essence of My Style

Make It Move is a slow traditional blues approach including the backing vocals. Snakes is a bit faster song with a jumpy almost Cajun feel with some nice quick guitar work. Last Man Standing is a fast paced piece where the vocals lead the song. The title song Signs is a slow almost shuffle type offering. What You’re Made Of is slightly offbeat, but catchy. Bitter End has a sort of 70’s feel to it, especially the guitar chord progression. Stronger Together is a lighter relationship song. Into The Night has a funky feel, a little Rolling Stones hint throughout. Bring Me Back Home is the slower, soulful ballad that Jonny shines on. This leads into the other two slower ballad offerings, the gospel-like Wisdom and Singing Songs.

Jonny is successfully able to weave in supporting things like a B3, piano, and fitting background vocals into the songs. He has a great vocal range that he learned long ago to use to his advantage, and effortlessly allow the guitar to play off. His lyrics have typically dealt a lot with life relationships, and the trend continues here. He’s one of those guys, you definitely have to see live to fully appreciate. Just do it!