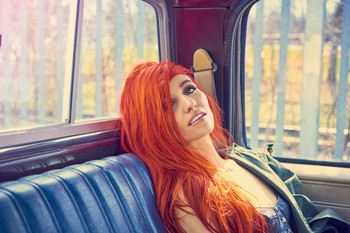 Alt-pop musician and newly-minted comics artist Lights has shared her sultry new song “New Fears,” taken from the upcoming album Skin&Earth, out September 22, 2017 via Warner Bros. Records. Skin&Earth features the anthemic single “Giants,” which continues to climb the charts at Hot AC radio, and Lights will celebrate the album’s release next Friday by kicking off her tour with PVRIS at The Novo in Los Angeles.

Skin&Earth will be the fourth studio album from Lights and is her most ambitious project yet, merging her love for comics and music into an immersive, multimedia experience. Issue 3 of the album’s companion comic book series is on sale now via Dynamite Entertainment, and corresponds directly in story and theme with today’s new music release “New Fears.”

The Canadian singer and songwriter has won two JUNO Awards, including Best Pop Album of the Year for her 2015 release Little Machines, has sold out headline tours across North America and Europe, and played numerous festivals including Coachella and Reading & Leeds. Lights has toured with OneRepublic, Tegan & Sara, Paramore, Kaskade, and many others, and this fall joins PVRIS on the road as main support.