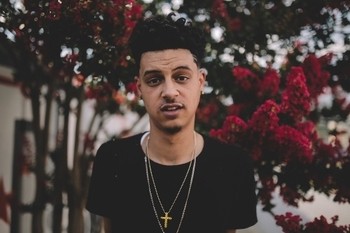 Making his own music by the time he was nine years-old, recording officially by eleven – the young mogul known as Brian Mitchell discovered his connection to music and natural talent extremely early in life & has kept his focus sharp & skills even sharper ever since.

Doing whatever it takes to survive & thrive, he grew up in the infamous Zone 6 of East Atlanta, well-known for its crime & gang activity, Brian sold drugs to get by as he continued to write, record and refine his growing capabilities. Putting his heart & soul into every moment and every second of his material, he put 18 tracks together after high-school was finished, stepped onstage to perform and immediately received the confirmation from the enthusiasm & support of the crowd that he’d been on the right path all along. Inspired by the energy – he seized the momentum and began to slay the mic on stages from the east side of the country to the west, playing shows built on a DIY foundation & grassroots mobilization through social media and the people’s love for genuine Rap & real Hip-Hop.