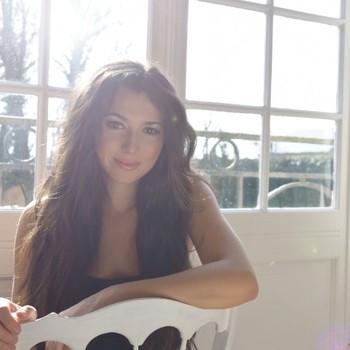 Fresh off her five-country European tour, Jessica Lynn returns to her home state of New York to celebrate the release of her new EP, Look at Me That Way, which just officially launched on iTunes and all other digital sites in the US on September 1, 2017. The EP was produced by the internationally acclaimed producer, Patrick Hamilton, at The Globe Studios in Belgium. With already two nationally broadcast television specials, three US national tours, and a 19-city European tour under her belt, this sizzling new artist continues to bring her music to the masses by launching a radio tour this week and performing more US shows.

Aside from her gorgeous looks and natural stage presence, Lynn really has made her mark through her live performances. Nashville Gab calls her live show “epically entertaining,” while Taste of Country calls her concerts “more than enjoyable—addictive even,” saying that “”it’s easy to see why she’s opened for the likes of Eric Church, Brad Paisley, Dierks Bentley, Lady Antebellum and more.” Ramblin Man Fair claims Jessica Lynn as the “New Queen of Country Rock” and “a natural successor to Shania Twain.” CBS National News proclaims Lynn “a rocket force!”