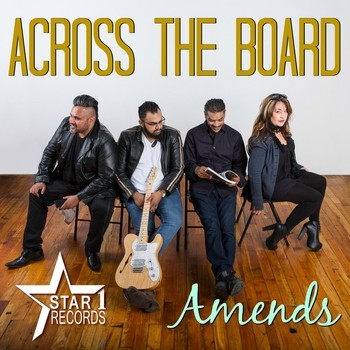 Across The Board (ATB) is an award-winning Canadian pop rock/Americana band of multi-instrumentalist musicians with over 160 Youtube videos, debut album and an upcoming EP, who seamlessly combine creative talents to push their pop-rock sounds to the edge of the rock ‘n roll envelope with harmonious power vocals and catchy electric guitar riffs. Forged from garage jams and basement Youtube sessions, “Across The Board” finally broke out of the internet box with their debut album “Jane On Fire” last spring. A collection of rootsy rock and pop-rock beats, “Jane On Fire” earned ATB critical acclaim for the single “Indifference” which also became their first track to hit the FM radio waves and launch them to a number one spot on the Reverbnation charts in Canada for pop/rock as well as winning them an Akademia Music Award for best pop/rock/Americana song in 2016.

ATB was featured at Canadian Music Week in April of 2017, and travelled across Canada as part of the “Artist On Board” with Via Rail this summer to celebrate Canada’s 150th birthday.