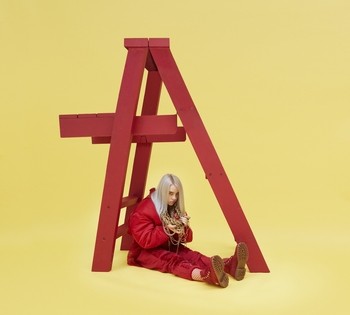 Today, pop’s most promising and exciting new artist Billie Eilish released her highly anticipated and acclaimed debut EP “dont smile at me” (Darkroom/Interscope Records). The collection of songs were produced by her 19-year-old brother Finneas O’Connell and arrive hot on the heels of her first ever North American headlining tour, which starts in October and is already close to selling out.

The worldwide buzz surrounding the release of “dont smile at me” has been undeniable following its official announcement last month. With praise pouring in from the likes of Rolling Stone Magazine who applauded Billie for her “whispery soprano” and “stark landscapes” and TIME Magazine complimenting her vocals twisting “deftly around the dark melodies and trap-influenced beats.” Across the pond the prestigious BBC are already hailing her as “pop’s best new hope.”

Today, fans will get to hear two brand-new, previously unheard tracks from the EP. The first is “party favor,” a delightful ditty “about breaking up with someone in a voicemail…on their Birthday” Billie explains and “hostage,” a song that borders on and explores the unhealthy side of love. Billie points out “when you are so in love that you feel like you can’t be without them and you can’t see them with someone else. It is not a healthy feeling but I think everyone feels it at some point.”