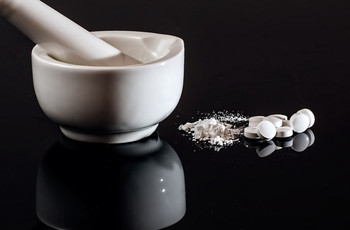 A crisis has been plaguing American suburbs and is known in many cities as the opioid epidemic. What was once confined to alleyways, inner-cities, and low-income neighborhoods has been silently spreading. Lou Lang, the state representative of Illinois, says they’re dealing with the problem as fast as they can, but it continues to surge violently forward, faster than most cities can manage. So how did this epidemic grow to infect American suburbs? In the last decade, heroin use shot through the roof. In fact, between 2006 to 2013, federal records show how first-time users more than doubled from 90,000 users to 169,000.

Fighting the Problem Where It Starts
Officials across the country have tried to implement new policies to lower the impact heroin abuse has. People from the suburbs discovered they could drive to big cities and buy heroin from there. Others have been introduced to the heroin drug through prescription medicine and painkillers. Highly addictive and easy to obtain, most Americans have been prescribed a type of opioid drug at some point. Though some measures are being taken at doctor’s offices, this is one level where the drug starts its spread and gets addicts hooked for the first time.

Before the Crack Epidemic in the United States
One generation ago, the United States experienced a severe crack epidemic in the big cities, but two generations ago, there was another heroin epidemic. What do lawmakers have this time that they didn’t before? This time policymakers know more about how it costs society when you wage a war on drugs. As a result, police have gone after the bigger threats and dispatched with the nonviolent drug offenders. In 2016 alone, heroin and fentanyl abuse claimed the lives of 50,000 drug addicts, which is a 53 percent increase since the previous year. Now officials are focusing on users who get the drugs legally and stopping the spread to street heroin. Because this drug is so easy to obtain and so heavily addicting, it can be hard to catch in the beginning stages. More of an effort needs to be made at a pharmaceutical and doctor level to get people off the substance from the start.

How America Has Responded
In the nation’s middle-class suburbs, community hospitals have responded with dedicated hospital beds intended for detoxification, and now most offer local rehab programs. From 1999 to 2015, 183,000 people died from heroin overdoses, based on statistics from the Centers for Disease Control and Prevention. Anyone with a loved one addicted to opioids can help by sending them to a recovery facility. These types of centers are only spreading and are being used more and more in many places to get people help when they wouldn’t be able to otherwise. Top-notch facilities come at a price. One many addicts can’t afford, and more of an effort needs to be made with patients who check themselves in and then flock back to drugs when no one follows up with them.

Not Someone Else’s Problem
As the opioid epidemic annihilates even the big city suburbs, people have started to see how this problem is not just restricted to the poorer areas and big cities. Anyone can become addicted to these substances, especially with help from big pharmaceutical companies backing doctors. States like California are home to many types of rehab facilities. Some like 449 Recovery, a California Sober Living Center, are used to seeing people from all socio-economic backgrounds.

People from the suburbs do have some advantages in treating patients because they generally have a better education, and they’re more aware of the potential dangers they face because of addiction to opioids. Because of this knowledge, suburbanites have a higher likelihood of recovering than those living in the more impoverished areas with fewer opportunities.