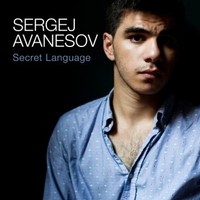 The album consisting of 9 tracks, plays out as it were a jazz record. Simply put, that is what it is, a jazz record. Smooth jazz mixed with jazz, take it or leave it if you must but it is a decent piece of work nonetheless. “Secret Language”, brings forth such tracks as “14”, “A”, “Short Memory”, and “I Trust You”. All of which are very catchy, yes they preserve that jazz vibe with the saxophone, but the tracks also contain more than just a saxophone, but other instruments as well, including but not limited to the piano, double bass, and drums. These instruments of course, added the flare to keep the music hot and jumping as it were. The tracks are fast paced, but more grounded and mellow. The music is more listenable and rather enjoyable to the ear, than having you get your body all bent out of shape.

It is that simple yet basic styling of jazz music that you can sit back and relax to. Sergej’s work is much like other jazz acts out there, including Kenny G, and even some work, the instrumental portions at least of English gent Jamie Cullum. Now his work has his vocals in play along with the instrumentals, with Sergej it is purely his instrumental craft at hand throughout. No vocals needed here, which makes the music more groovy.

When listening to his works really, you get an image of his work being played during a film or TV program. There’s just that atmosphere to it. Such imagination, wisdom and wonder when listening in. You can feel the music invading your mind, body, and soul, picturing whatever flops into your head, with the ways of his over flowing musical notes and melodic force of his tunes. That is how it came to me when listening in, so many ideas fell into place, making it a worth wild experience of a ride.

In fact, that is what Sergej’s take of music does to your ears. It gives off an experience of exposure with his works. His music being able to form things of his notes and melodies. The music is catchy and easy going to the ear, but it is so much more than that really. It may just be instrumental based but it has so much more to offer you. It is music that gets you, keeps you uplifted and motives fresh and alive.

“Secret Language” by Sergej Avanesov may not be that fast paced jazz music, but a more laid back type of jazz, that can appeal to everyone, that just needs a minutes peace. A piece of ease, with some needed peace and quiet.