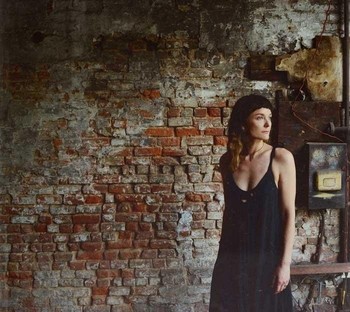 Land Of Talk today shared a new music video for single “This Time” from the band’s acclaimed album Life After Youth, out now on Saddle Creek. The video for “This Time” — a song that Powell penned as her father was recovering from a stroke in a hospital and ultimately served as the spark for Life After Youth — was directed by Adam Makarenko, who explains the video is about “a scientist’s attempt to find answers.” He adds, “The first part of the video is live action, but eventually the scientist gets transported out of her bedroom into space. Once she is in space it’s mostly an environment of miniature sets, handmade planets, and real star backdrops, using a combination of miniature photos and stop motion animation.”

Produced and mixed by John Agnello (Kurt Vile, Sonic Youth) and Jace Lasek (Besnard Lakes), and featuring Sharon Van Etten, Steve Shelley (Sonic Youth), Sal Maida (Roxy Music/Sparks), and The Besnard Lakes, Life After Youth is a collection of songs that sees Powell in the finest voice of her career, and reuniting with original Land of Talk drummer Bucky Wheaton. If Life After Youth recreates the same conditions and recruits much of the same personnel that produced Land of Talk’s scrappy debut EP, the end result is dramatically different than anything the band has attempted before.