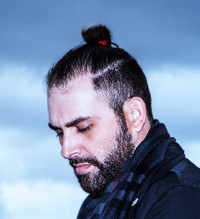 Jaq Lion has been able to absorb a variety of styles to incorporate into what he does. An eclectic style rolled up into his rhymes allowed for his latest EP, Inaugyouration. A singer that takes inspiration from a variety of places including the opera stage, this unique artist truly brings more to the table than himself. He notes, “I am also able to riff soulfully through notes and words to better convey the emotion in a track.” That emotion can be heard thoroughly as well as on his latest single “Forest Fires.” He’s performed across Los Angeles and Orange Country with High Sunday and Genocide Entertainment.

The jazzy inflections are what appeal to me the most about this EP, as well as the soul/R&B crooning side to Jaq Lion himself. Popping things off with “HI in L.A.” – Ft. Dirty Grim, it’s all good with a slow-paced jazzy rap with the sophistication of the pioneers with something to say. If you can do it like this, he says bring it on and let’s get on down. It’s a rock-solid opener with everything going for it. The kind of thing most only aspire to reaching the foundations of. With Dirty Grim guesting for what makes the tune catchier all-the more. They roll together like butter, as out it down together like no others.

Taking it down just a notch on “Beautiful” doesn’t hurt one bit, as it helps carry the EP along with finesse on this mesmerizing piece of ear candy. This is beautiful in of itself, and Jaq Lion puts just the right touch on it to nail one of the best tracks on the EP. This is probably the most R&B laced number. These days what is R&B might not add up to what it used to, but that’s just the times. It’s nothing to do with music, it doesn’t matter if it’s old fashioned when he’s singing. Rapping is another story, but this is leans harder on singing than rapping, but it also somehow evens out. That’s what makes old school fly.

“Put It Down Like Me” is a lot like the opener but with explicit lyrics creeping in. So far, it’s done with taste and it does the song justice. It’s about beating others to the punchline and putting it down better. The same old stuff that makes good soul, hip-hop and hardcore rap what it has been since the 90s, with that 80s root going on as well. It all started with pops offs and rap offs in the early 80s, and this contains something from every decade in it. This is a contender for the best tracks on Inaugyouration. It’s the track I’ve played the most in succession, and it comes recommended for it.

Another track worth nothing is “Ode To America” because it’s by far the strongest message, yet a lot of playful rapping might distort that if you take that too seriously. It’s just the most prolific message they get across with some of the best rapping to go with it. These are socio-political lyrics jumping off a lazy backbeat, with some of the coolest moments on the EP and for my money the smoothest track of them all. There is no better way to go out than this, leaving what’s behind the curtain. And hoping that will be a full-length album instead of an EP. Because Laq Lion deserves to continue to be heard around the world.