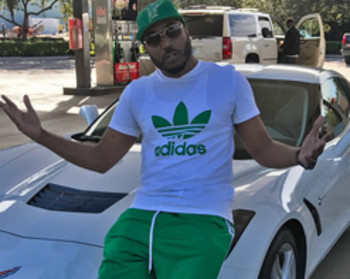 South Florida is home to many great rappers, and Fort Lauderdale’s P. Chace is ready to be the next one making waves across the country. A songwriter, artist, and producer, he’s worked with Trina, Urban Mystic, Scott Storch, and many more, and even received a platinum plaque for his work on Trick Daddy’s “Thugs R Us”. A ladies’ man and all-around hustler, P. Chace is the president of Realionaire Entertainment.

P. Chace has released a few mixtapes already, and his music has garnered comparisons to 2 Chainz, Gucci Mane, Rick Ross, Lil Wayne, Lil Boosie, Plies, Migos, and Future. His latest effort is “NBA” (Nothing But A$$) which features Trina, a prolific and talented artist who XXL proclaimed as “the Most Consistent Female Rapper of All-Time”.

The “NBA” video opens with a radio DJ introducing the song on the air. Overhead shots of the South Florida coastline intertwine with rearview shots of a bodacious, well-endowed woman getting off a motorcycle and walking around. As Trina raps about her own assets, P.Chace flaunts wads of cash in a strip club, rapping about a woman who’s “nothing but A$$”.