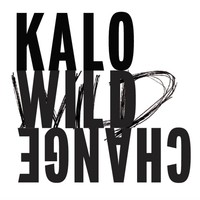 The best music sends you somewhere else, be it to a distant memory or another world. It colors your mood to fit the tune, the lyrics, or the general vibe the artist was going for. This is true for the band KALO, who is out with the new single, “Wild Change.” Rock ‘n’ roll with a taste of blues, this song has the powerhouse riffs fans have come to expect from the Oklahoma band. KALO is made up of Bat-Or Kalo (lead vocals, guitar), Mack McKinney (bass, backup vocals), and Mike Alexander (drums). They’re known for their soulful rock and Kalo’s gravelly voice.

“Wild Change” has a smooth, sexy sound with a rhythm that sucks you in. Alexander provides a steady beat for Kalo and McKinney to work their magic, and magic it is. I couldn’t sit still while listening. You can feel the heart and soul in the music. It grabs you and refuses to let go (not that you’d want to). There’s a truth, pure and simple, to the band’s sound that leaves you wanting more. That makes the 3:17 track feel far too short.

Their sound brings to mind a few songs from Gin Wigmore’s album “Gravel & Wine”- especially “Black Sheep” and “Kill of the Night”. Wigmore, like Kalo, isn’t originally from the US, but both found the distinct sound of the South enticing enough to make it their own. The band has been compared to the White Stripes before, and not without good reason. Personally, I feel they’re closer to superband, The Dead Weather, with the almost southern gothic approach to their sound.

The lyrics, along with Kalo’s passionate voice, fills you with a steady determination that makes you ready for a wild change of your own. You’ll find yourself ready to get away, and even destroy, anything holding you back. The confidence is nearly palpable, especially in the lyrics, “My weapon is hope, my freedom is dreams / I’m never ever gonna lose my wings.” If that doesn’t give you a boost, I don’t know what will. It is a testament to breaking past obstacles and standing tall, no matter what gets thrown your way. I will definitely be adding it to a motivation playlist for when life seems to feel impossible.

“Wild Change” is the latest addition to KALO’s already impressive collection of work. They don’t hold back in terms of music that leaves one hell of an impression on you. I spent the day feeling like I could take on the world, even if that meant combatting swamp monsters behind an old bar that only the locals know of. See, told you their music sends you to another world.

Deep and soulful music like this is why KALO has won multiple blues contests in the Midwest. Anyone who admires bluesy rock is sure to enjoy “Wild Change,” and if their upcoming album holds the same fire as this single does, it’s sure to be a hit for seasoned fans and new listeners alike.