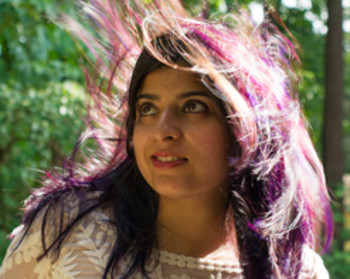 Pragnya Wakhlu is a musician, composer and activist based out of New Delhi, India. A strong believer in using the power of music to promote positive change, Pragnya’s work is heavily inspired by the many important issues she’s passionate about. Her latest video release for “Burning Fire” is a perfect depiction of her remarkable talent and drive to help others.

Pragnya’s dedication to music and people led her to quit her corporate job in the U.S. and return to India to make a difference in society. Upon her return to India, Pragnya also began actively writing and performing with her band. She happens to be one of the few independent woman musicians and guitarists in the Indian Independent music circuit. Pragnya went on to release her well-received debut album, Journey to the Sun worldwide in 2012. Journey to the Sun received numerous music award nominations across the world. Notable amongst them were the prestigious Global Indian Music Awards (GIMA) nominations (touted as the Indian Grammy awards) for “Best Music Debut” and “Best Pop Album”, 3rd place award at the Indiego Music Awards (South East Asia) for the “Best Female Vocalist” and nominations for “Best Pop Song” and Best Genre Bending Act”. She is also a two time nominee for the “Best Female Vocalist ” category of the Jack Daniels Rock Awards organized by Rolling Stone India.

Pragnya debut music video ‘Rise’ and ‘Burning Fire’ has featured on television on Vh1 and MTV India. Her work and press articles have featured in leading newspapers and magazines including Rolling Stone India,Femina, New Woman magazine Radio and Music, Score magazine, Whats the Scene India, The Indian Express, The hindu, Daily Post to name a few.