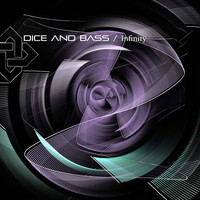 The name Dice and Bass implies that this music is going to be mostly instrumental, which it is. The name also sounds nice when said and has this sort of melodic tone which their music has. The cover for this playlist is a picture of a man. It’s in black and white; he’s in a sweater and is leaning forwards. The smile on his face adds to the casual feel this picture gives off. The whole vibe of the picture is both welcoming and pleasant. Infinity is techno with a relaxing vibe. Infinity is a great name selection for the song because the echoing effect and the techno mix creates the feeling of infinity. This image of infinity is futuristic and calming, almost like you are going through space in warp drive. At one point there is a whirring sound that is made on most TV shows and movies involving space ships.

The song starts with small sounds which work great as an introduction. Then it proceeds to include a heavier beat which works to progress the song. Infinity is mostly instrumentals and contains blips and beats which repeat. There is an occasional voice throughout the song; it is not entirely clear what the voice is saying. But the voice is female for sure and seems to be saying a word that starts with a K. However, the point doesn’t seem to be to actually hear what is being said, but the sound of the voice and it’s resonance as it repeats and fades away. There is also a male voice in song, robotic-like, saying something that starts with an M. Once again the point of the voice doesn’t seem to be understanding but the sound which is created. Another softer, but male voice can be heard on the track. He sounds like he is making a ‘doo’ noise for a background effect. This voice also trails off and repeats. His voice is much deeper than the other voices.

After the first set of these voices, a beat begins a clacking to add more depth to the other softer sounds. A different sound can be heard by the end of the song. Infinity is only one of their tracks. The sounds from this song have a space-age feel as well as a techno vibe. This song is primarily instrumental with occasional voices chiming in to add another dimension to the sound which is being created. The song is well paced and is good for dancing too. The differentiating beats keeps your ears listening as you are pulled through the song’s subtle changes. It is a great song to help with concentration because of the lack of song lyrics and the pulling beat. Warp drive noises also adds to the techno vibe which is being aimed for and creates yet another layer of consistency. Layers is what creates good music and the layering of sounds is what drives this song forward and makes it pleasing for those who are listening.