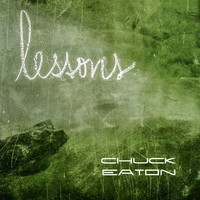 Chuck Eaton’s music is very soft and calming in style. This accompanied by a saxophone, gives the music another dimension of Jazz. The cover for his album “Lessons” is a Whispy Green. It looks to be a picture of the bottom of a green pond and the title lessons is in lowercase cursive at the top left with Chuck Eaton’s name in the bottom right corner smaller than the title text and this text is square not in loopy cursive. Eaton’s song “You Know” begins with a short burst of phasing noises, and then continues to guitar instrumentals. This song is a love song. Another song from the same compilation of songs is “Wondering What’s Right”, this song has a lot of background guitar with Eaton singing in his raspy, soft voice. Another one of his pieces is “Lead Role”, this song starts differently than the others. The intro consists of clapping instruments, then after a couple seconds a guitar starts to play accompanied with ooo’s. The vocals then stop and then Eaton begins to sing.

The title of the album is ‘Lessons.’ There is a piece in the album called “Lessons” it begins with an interesting compilation of instruments. The piece focuses on a father’s lessons to his child and how Eaton left home early before learning all the lessons his father had for him. Another song from Eaton’s album is titled “Always Child”. It is one of Chuck Eaton’s songs that use a saxophone for instrumental accompaniment. “The Way it Ends” is an interesting song, it begins with music that sounds like country music. It repeats the line “What will happen to this thing I made”? Which is a great line, because in the end we all wonder what happens to what we have done, does it matter in the end? “The Right Thing I Did” is a great song to discuss after the last one; it begins with trumpets and then guitars. One memorable line is, “I decided to open the door to my heart and I was afraid of opening it up once more. “This House and Me” is the next song on the list. It is a love story about Eaton wanting his lover to return home and if that doesn’t happen then the ceiling might fall down on his head.

Another one of his love storied is “Like Two Rivers”, a love song about two people who are each others, just like two rivers flow together. This song is soft and the focus of this song is Eaton’s vocals.

The love song becomes a trend with him by the time he brings about “Friends Turn into Lovers”. This song begins with reasons this person is a friend and progresses to the line of friends turn into lovers, lovers into friends. This line is repeated many times throughout the song. The instrumentals and vocals in this song is soft and upbeat with trumpets and a guitar in the background.

His last song to be discussed is another love song. “Just One Day without You”. It follows the same sound as his other songs. Eaton’s songs all begin with a different instrumental introduction, but his vocals are the same in every song. This creates a sense of consistency. Also love is a huge theme in his songs. The tone of the instrumentals and his voice go along with the idea of a love story very well.